by The Informer
in News
Reading Time: 3min read

Planned return of mass action as Ruto-Raila war shapes up

Hillary Kipngeno Barchok has officially been sworn in as the third Governor of Bomet County. 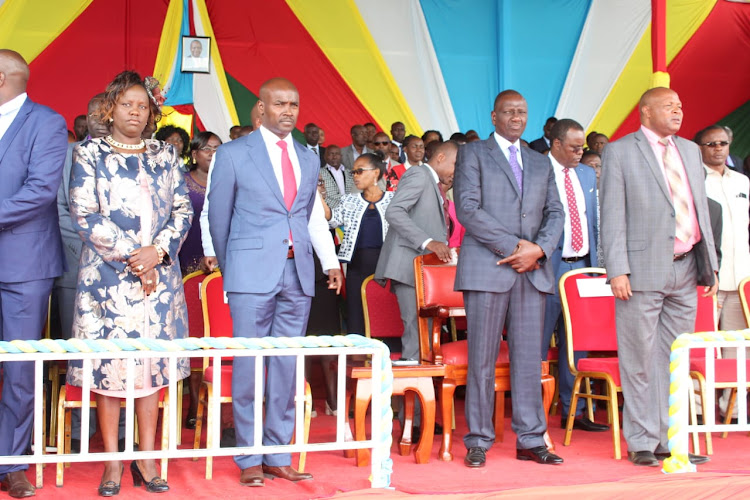 High Court judge George Dullu presided over the occasion on Thursday at Bomet Green Stadium which in Sotik Constituency. 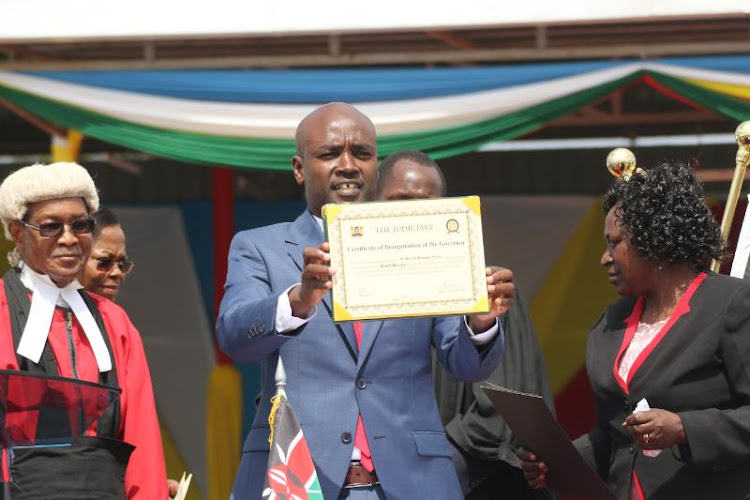 Deputy President William Ruto was among leaders who witnessed the swearing-in. 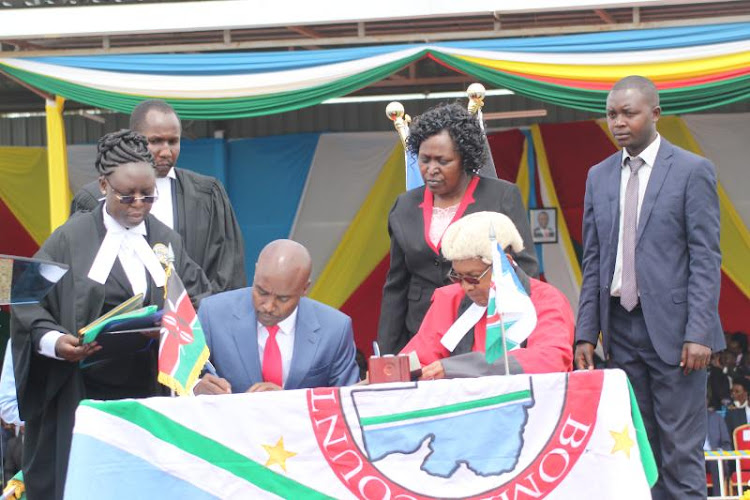 Bomet Governor Dr Hilary Barchok signs certificate of office during the swearing in ceremony as the third at Bomet Green stadium on Thursday on August 8, 2019.
Image: KIPYEGON CHIRCHIR / BGPS

Barchok was the deputy governor to the late Joyce Laboso who succumbed to cancer on July 29th.

The late governor Laboso was sworn in at the same venue in August 2017.

While delivering his first speech as Bomet governor, Barchok said he will pick from where Laboso left at.

Barchok said the values and principals that Laboso believed in will be reflected ih his leadership.

He said his government will not initiate new projects before finishing what governor Laboso had started.

Court okays KenGen to proceed with power generation at Olkaria

Planned return of mass action as Ruto-Raila war shapes up

© 2022 | The Informer - All Rights Reserved theinformer.co.ke