Police said dozens more were injured in the Monday night blast carried out by a male, who was killed.

Forensic investigations are continuing to determine if the attacker had accomplices, said Chief Constable Ian Hopkins. He provided no information about the individual who detonated the device.

Hopkins said some of the dead were children but provided no further details about the victims or the attacker.

Hopkins said police are treating the blast as an act of terrorism ‘‘until we know otherwise.’’ The local ambulance service says 59 people were taken to hospitals.

What BBI verdict by Supreme Court potrays for Kenya

It was not immediately clear if police were including the attacker among the 22 people reported to have died.

The concert was attended by thousands of young music fans in northern England.

There was panic after the explosion, which struck around 10:30 p.m. (2130 GMT) Monday night as Grande was ending the concert, part of her Dangerous Woman Tour.

The singer, who was not injured, tweeted hours later: ‘‘Broken. From the bottom of my heart, I am so so sorry. I don’t have words.’’

Police cars, bomb-disposal units and 60 ambulances raced to the scene as the scale of the carnage became clear. More than 400 officers were deployed after the blast. 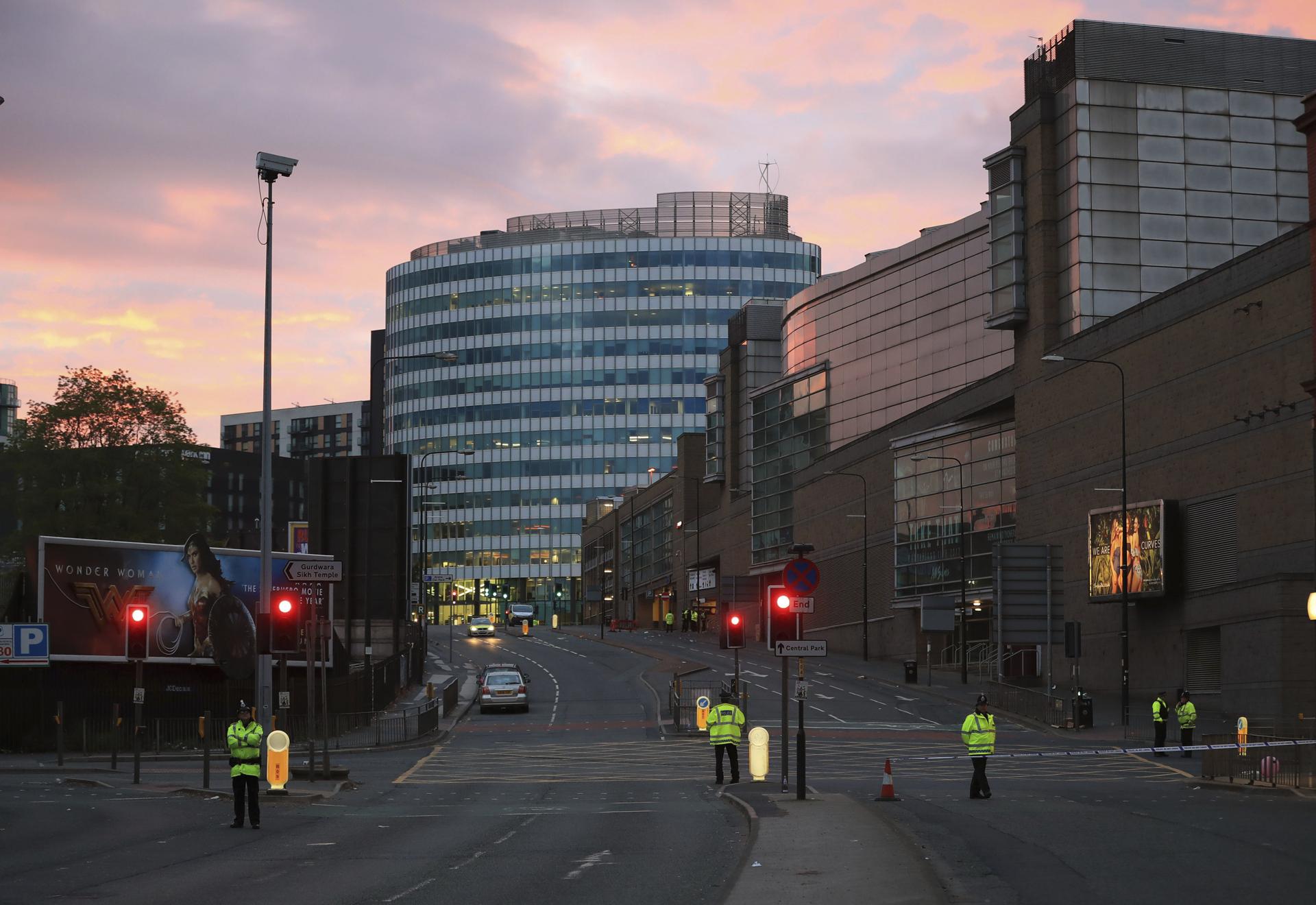 Police stood guard early Tuesday in Manchester in the wake of the attack.

Manchester Arena said on its website that the blast struck outside the venue as people were leaving. Some eyewitnesses said it happened in the foyer of the arena just after the concert ended.

‘‘A huge bomb-like bang went off that hugely panicked everyone and we were all trying to flee the arena,’’ said concertgoer Majid Khan, 22. ‘‘It was one bang and essentially everyone from the other side of the arena where the bang was heard from suddenly came running towards us as they were trying to exit.’’

The incident sparked a nightlong search for loved ones as frantic parents tried to locate their teenage children, and groups of friends scattered by the explosion sought to find one another.

Taxi services offered to give stranded people rides home for free, and residents opened their homes to provide lodging for others who could not get home because public transport had shut down.

Twitter and Facebook were filled with appeals for information about people who had not been accounted for.

Home Secretary Amber Rudd called the incident ‘‘a barbaric attack, deliberately targeting some of the most vulnerable in our society — young people and children out at a pop concert.’’

Jenny Brewster said she was leaving the concert with her 11-year-old daughter when the blast hit.

Outside, she said, ‘‘you could smell the burning.’’ 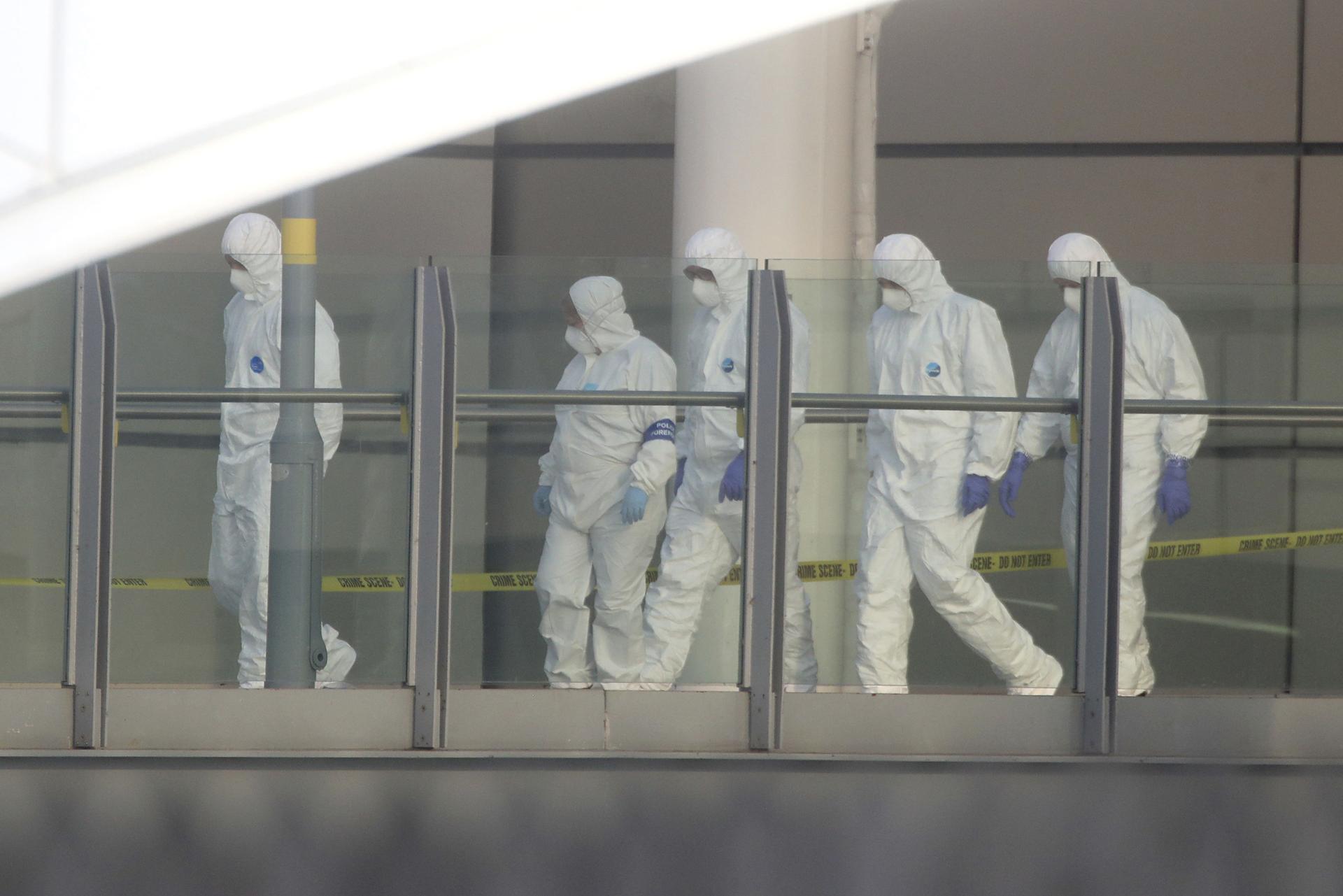 Forensic investigators walked along a bridge linking a train station and Manchester Arena.

Britain’s terrorist threat level stands at ‘‘severe,’’ the second-highest rung on a five-point scale, meaning an attack is highly likely.

There was no immediate claim of responsibility. Supporters of the extremist Islamic State group, which holds territory in Iraq’s Mosul and around its de facto capital in the Syrian city of Raqqa, celebrated the blast online. One wrote: ‘‘May they taste what the weak people in Mosul and (Raqqa) experience from their being bombed and burned,’’ according to the U.S.-based SITE Intelligence Group.

If the explosion is confirmed as a terrorist attack it would be the deadliest in Britain since four suicide bombers killed 52 London commuters on three subway trains and a bus in July 2005.

Video from inside the arena showed people screaming as they made their way out amid a sea of pink balloons.

British Prime Minister Theresa May said the government was working to establish ‘‘the full details of what is being treated by the police as an appalling terrorist attack.’’

May is due to chair a meeting of the government’s COBRA emergency committee later Tuesday. She and other candidates suspended campaigning for Britain’s June 8 election after the blast.

Police advised the public to avoid the area around the Manchester Arena, and the train station near the arena, Victoria Station, was evacuated and all trains canceled.

The Dangerous Woman tour is the third concert tour by 23-year-old Grande and supports her third studio album, ‘‘Dangerous Woman.’’

After Manchester, Grande was to perform at venues in Europe, including Belgium, Poland, Germany, Switzerland and France, with concerts in Latin America and Asia to follow.

Pop concerts and nightclubs have been a terrorism target before. Almost 90 people were killed by gunmen inspired by Islamic State at the Bataclan concert hall in Paris during a performance by Eagles of Death Metal on Nov. 13, 2015.

In Turkey, 39 people died when a gunman attacked New Year’s revelers at the Reina nightclub in Istanbul.

Manchester, 160 miles (260 kilometers) northwest of London, was hit by a huge Irish Republican Army bomb in 1996 that leveled a swath of the city center. More than 200 people were injured, though no one was killed.

Kenya and Rwanda prepare for peaceful elections in August

Campaigns to begin officially in May 29, IEBC says

Ruto trains his guns on Raila in his Ukambani tour

by Ignatius Ouma
0
No Result
View All Result