by The Informer
in News, Politics
0

The legislators further accused the DP of declaring war against established State institutions and constitutional commissions.

“The Deputy President has blatantly disobeyed his principal and in this regard, in our view, it constitutes gross misconduct and an act of insubordination,” the legislators said in a statement read by Baringo Women Representative Gladwell Cheruiyot.

In his opening remarks, Nominated MP Maina Kamanda pointed out that MPs from various parties signed the statement. 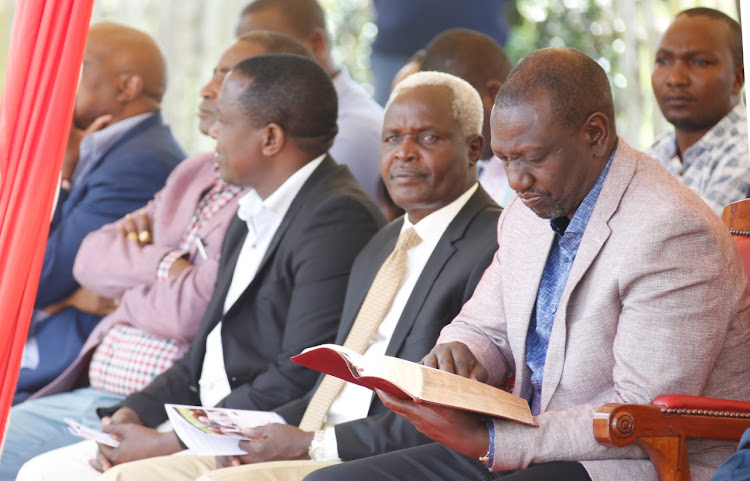 Cheruiyot, read the first part of the statement while the remainder was done by Kathiani MP Robert Mbui.

SCANDALS RUTO ACCUSED OF BEING INVOLVED IN

1. The Maize scandal
2. Land grabbing including the KCAA land on which he has developed the Weston Hotel.
3. Arror and Kimwarer dam projects. He has been accused of sensationally claiming that no money was lost and no legitimate expenditure of Sh7million by National Treasury.
4. Operations of AMACO in questionable deals and contracts with Kenya Pipeline Corporation and other institutions.
5. Manipulation of planning, budgeting and procurement procedures.
6. History of Fraud, acquisition of unexplained wealth and unjust enrichment.
7. Arms deal and association with the underworld.

Mbui said the authority and respect of the government have been subverted by the integrity issues facing the Deputy President.

“William Ruto must shape up or ship out. He needs time and undivided attention to pursue the only thing and ambition that makes sense and has meaning in his life-dream and campaign for the 2022 presidential election,” he said.

Ruto has also been accused of launching ghost projects.

“He purportedly commissioned the Lower Nzoia Irrigation Project without the involvement of parent ministries and claimed credit,” read part of the allegations by the MCAs.

The lawmakers have accused Ruto of being guilty of public misconduct which has not brought honor to the nation and dignity to the office of Deputy President.

“He has failed to promote public confidence in the integrity of the high office. He is not honest and his personal interests are in conflict with his public duties,” the statement read.